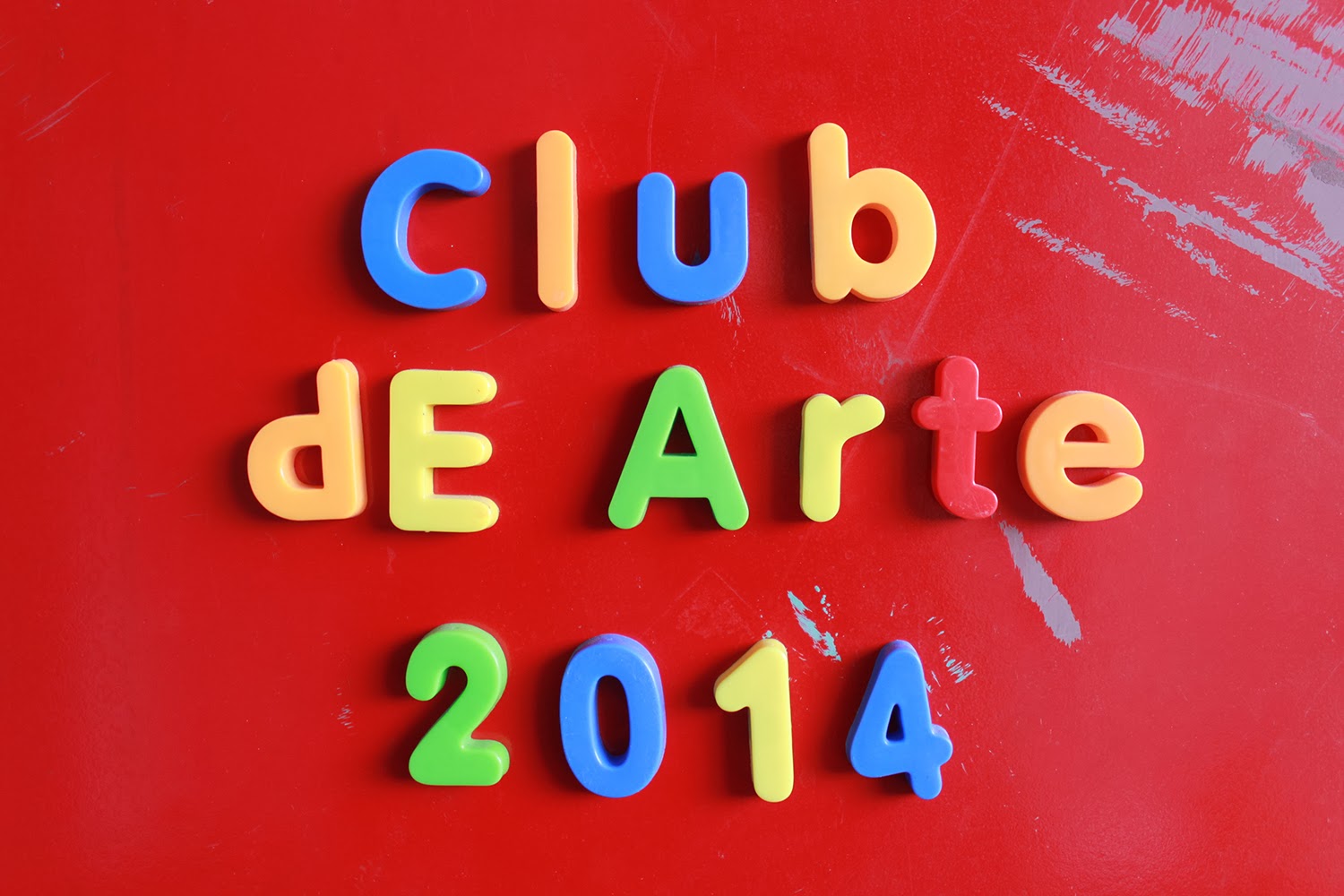 Wow, how time has flown! After arriving here in Guayaquil back at the end of January and after a fascinating month of inductions, planning and getting to know my new colleagues here at JUCONI we are already now into our third week of CMAP's Club de Arte 2014. And it´s brilliant – energetic, colourful, messy, hot, definitely fun, plus the kids are great!

It happens that my arrival at JUCONI has coincided with a lot of change at the organisation; there has been internal restructuring and also many families have graduated from the program while new families have been invited to join. The impact of all this change for Club de Arte is that we now part of JUCONI´s Community Team and most importantly that two of the three groups Tracey and Jonny worked with last year have come to an end and two new groups are now beginning.

All three of the neighbourhoods Club de Arte is now working in are in the north of Guayaquil, and here’s a brief introduction to each group: 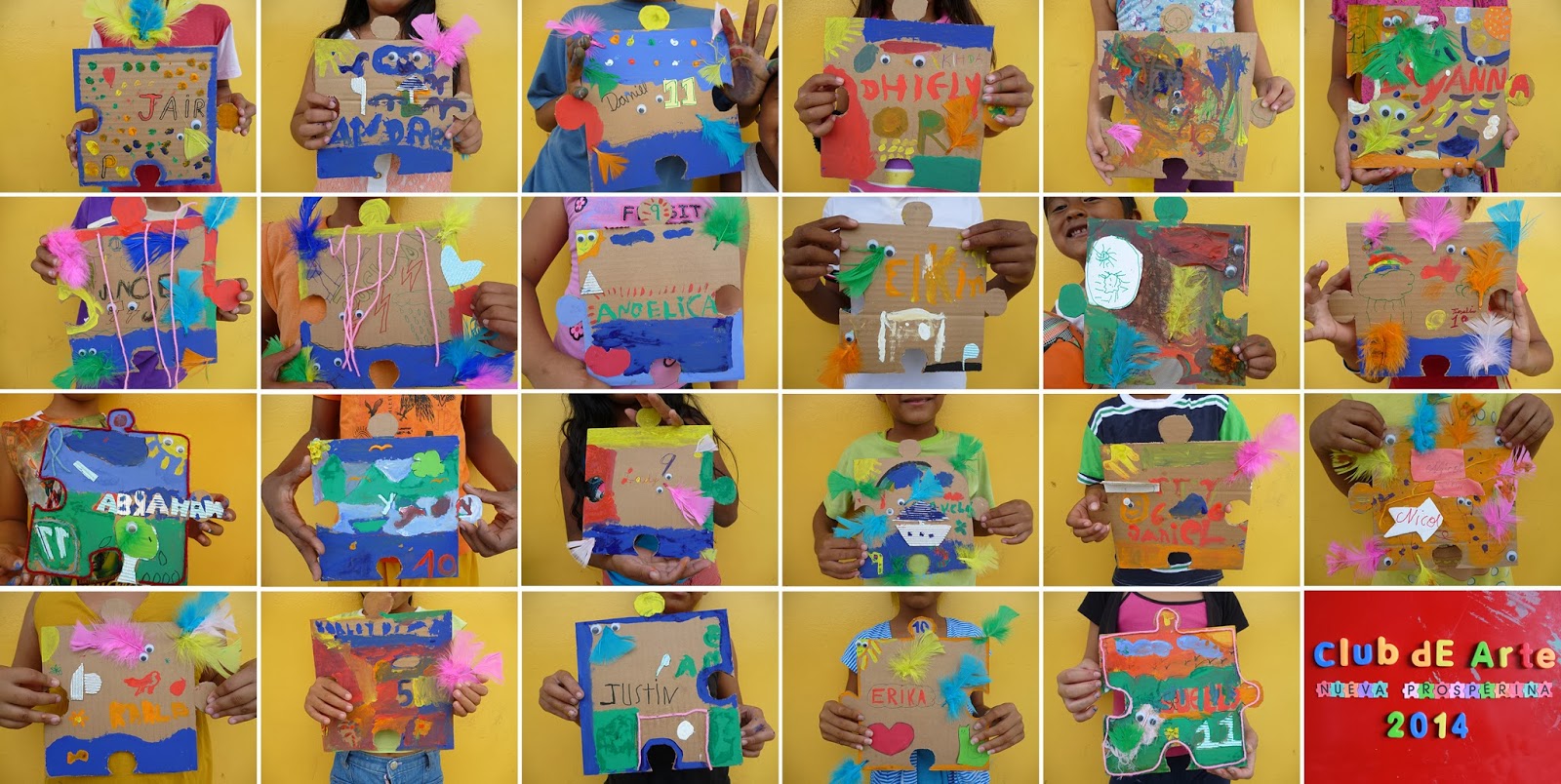 This is the one group which continues on from last year, on Thursday afternoons. This was the first group that we worked with this year and it was a great introduciton for me to see how warmly the kids greeted Jonny, flinging themselves at him with huge hugs! We´re off to a great start, with a very large group of 20+ in each session so far and with half of the kids being known to JUCONI and the others new it’s been really important to work with group bonding. As well as all our initial art club activities revolving round introductions and community our supporting orienteer Ronald came up with a good warm-up exercise where each child introduced themselves to another they had never met before, shaking hands and sharing their names.

The first of our completely new groups, we’ll be working with the kids in Socio Vivienda 2 on Monday afternoons. This is a very new neighbourhood which has been built to rehouse many families from the south who were living in high-risk conditions along or over the edge of the estuary. Some of the kids in this group used to attend Club de Arte in the south in Isla Trinitaria, others are known to JUCONI because of being relatives of our collaborating photographer Blanca and others are just starting out on their JUCONI journey.

Our second new group, run on Wednesday afternoons, is so far full of children who are completely new to JUCONI. From the first session we noticed a strong group identity, when the kids asked for group photos (on that day it was an all-boy group, now we’ve had a few girls join us too).

1st Club de Arte Activity: “Our Puzzle”
With it being the start of a new Club de Arte year, with plenty of new kids and with me as a new CMAP facilitator, our focus in all the activities we've been planning for these initial weeks has been introducing everyone to one another and welcoming everyone to the Club de Arte community.

We started each group off with “Our Puzzle”, where each child created a large puzzle piece decorated with their name, age and things they liked. 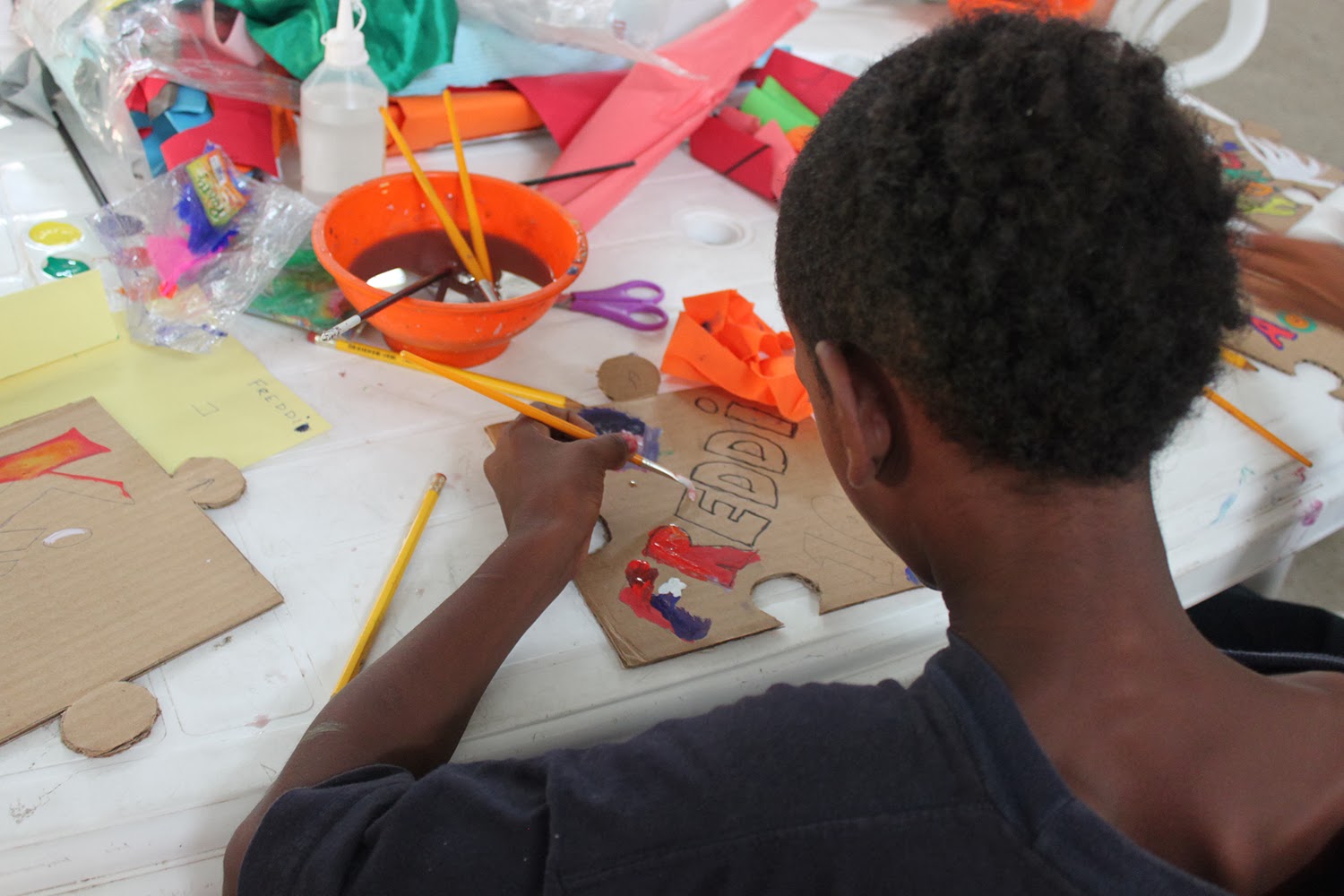 This served both as an opportunity to learn one another’s names and personalities, and also in the process of joining it together to reflect on the symbolism of the puzzle as representing our community of Club de Arte. 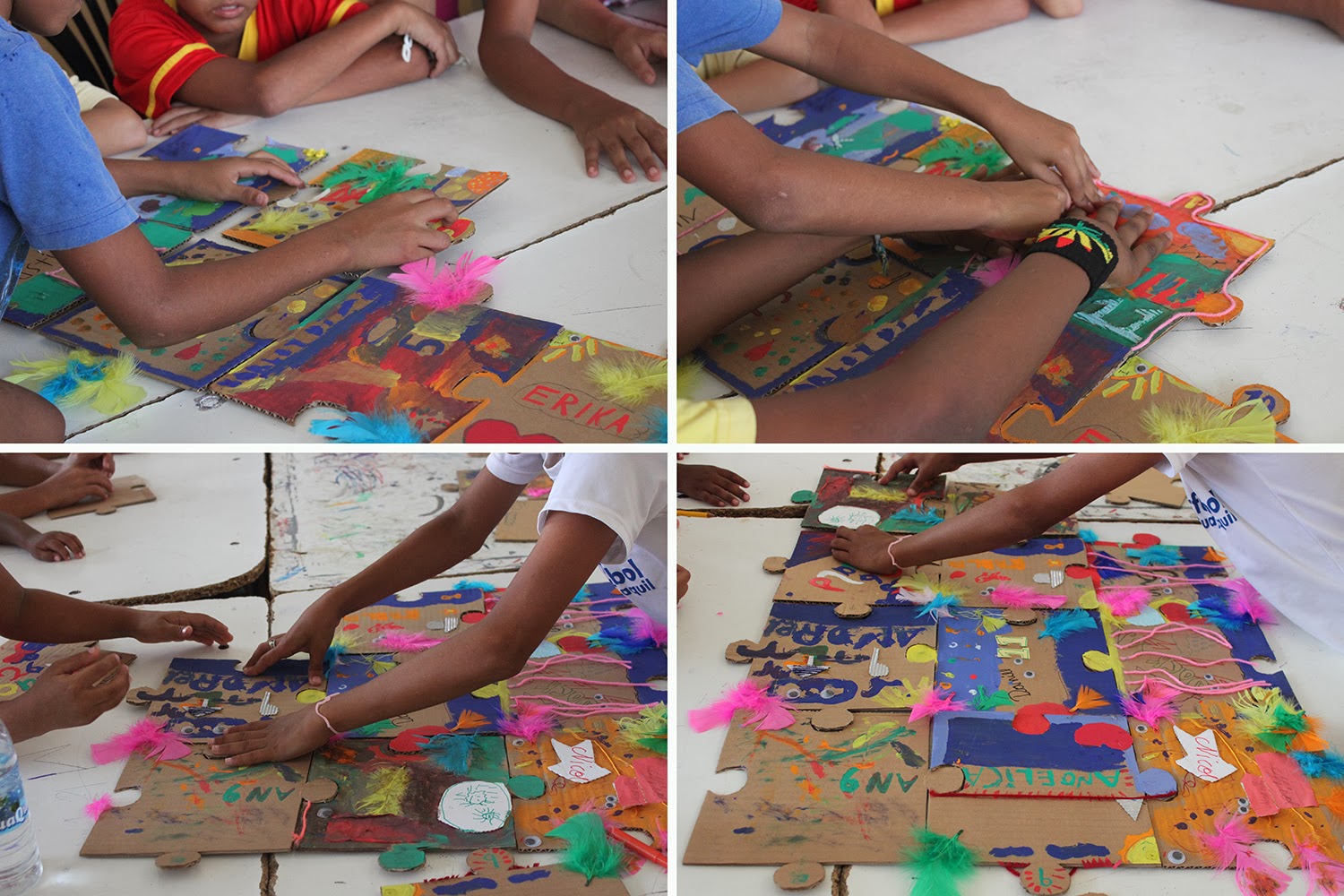 It's great to have finally met all three groups.
And I owe a big huge thanks to all my new colleagues at JUCONI for the great welcome to the team over these last weeks, which has made this start to the year so smooth and happy. Particular thanks to the Club de Arte team: photographer Blanca, support orienter Ronald and most especially, CMAP veteran and my partner for the year, Jonny whose thorough induction has been invaluable!
:-)
Posted by Kim Alexander at 22:33