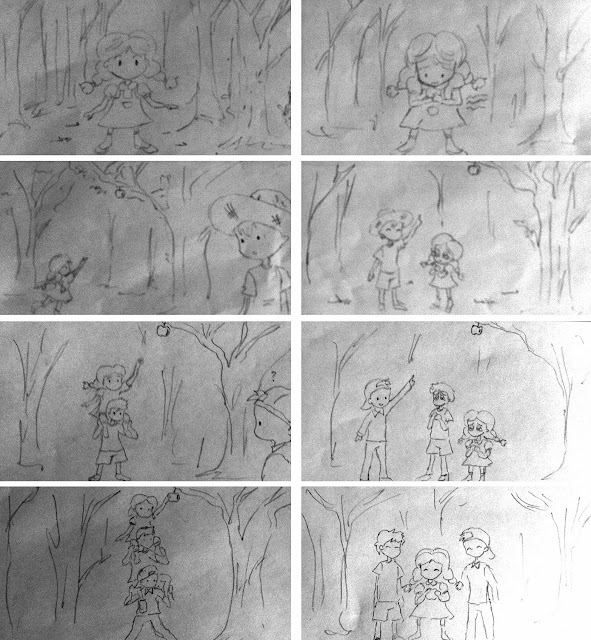 Ander's storyboard: in a dark forest a hungry girl tries to reach for an apple, which she can't reach until her friends arrive to help.  Working together she reaches the apple, eats and they are all happy: collaboration.

Today was the second session of the stop-motion workshops with the educators at AVE, and a successful day where we collaborated to create a single storyboard and prepared extra props needed for the shoot next week.

2. Clarifying our AIM: to create a short film animated with stop-motion techniques by the educators for children who are new to AVE, to act as an invitation for these children

3. Identifying our APPROACH: the group identified 2 options for the approach to the piece -
a. A traditional factual approach introducing AVE and its staff and their aims
b. A more imaginative approach, telling a story that communicates the values and feel of AVE.
Our group opted for the second approach, the imaginative storytelling.

5. Individual storyboarding: based around a simple 4-part structure:
a. Introduction
b. Action
c. Consequence
d. Ending

6. Sharing individual stories with the group.  Noting the key elements of each persons story in the corresponding panel of a large storyboard on the whiteboard.

7. Identifying shared elements between the different stories and agreeing on a single story and its key elements for the group animation.  Emphasising the importance of simplicity for a clear message.

8. Scene-by-scene identifying the props and characters required for the animation and planning how the scenes will be animated.

9. Preparing and gathering necessary props and characters (Today this stage was very quick because the educators made their characters in last weeks session).

Today's session was really successful in that the educators quickly agreed on a single group story that carries a lot of symbolism about the protective family model that AVE offers its participants.  For now I will leave you with their individual storyboards, which will give you an idea of where their thoughts are heading without giving away too much of the single story they have agreed on... keep an out out here next week for updates about their process! 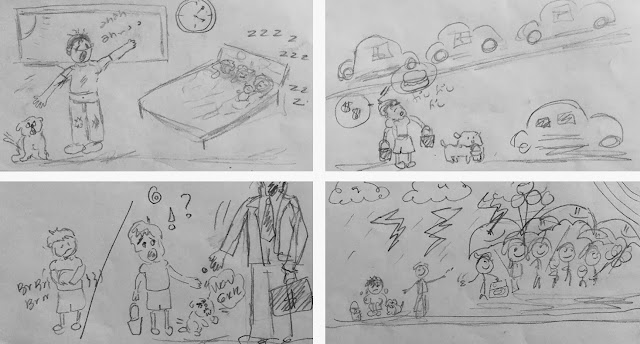 Maricela's storyboard: waking up really early in the morning to go to work washing cars, a little boy is very sad when a customer pays him so little for his work.  His little dog growls angrily at the customer [ here we spoke interestingly of how a second character can express emotions that our primary character feels he or she cannot] The boy and his dog join a group of other child workers who hold balloons, and when the rain comes they open their umbrellas, which have smily faces painted on them.  I love this detail of the smiling umbrellas at the end, symbolising the protection that the group offers its members. 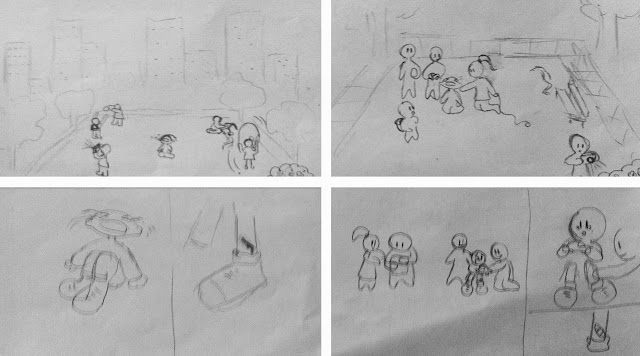 Carolina's storyboard: a little girl is crying alone at first but is consoled one-by-one by different members of a group who invite her to play with them, cheering up as she joins in: solidarity. 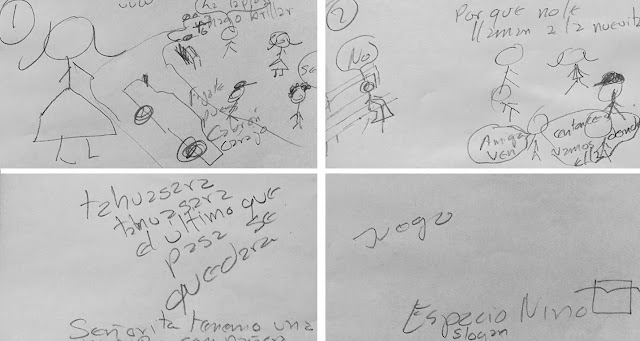 Cristobal's storyboard: a child sits alone looking at the other children working in the cemetery, resistant at first to their calls to join in he is eventually persuaded to join them by their singing of a game song: respect. 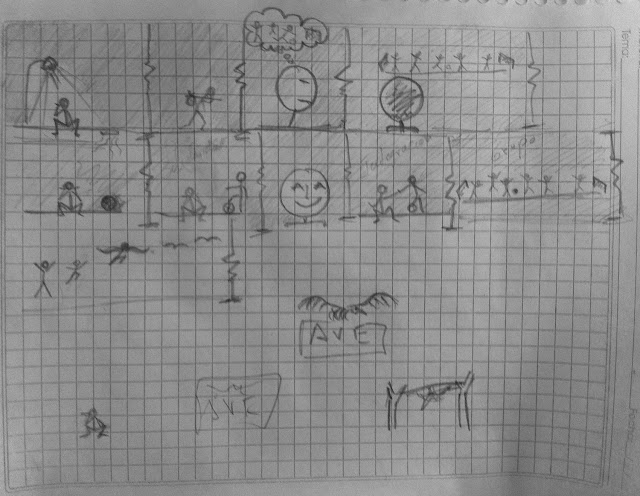 Rodrigo's storyboard: A sad child sitting alone in the street at night is imagining playing football, when a ball rolls into him.  A child follows, extending his hand and inviting him to play with the group: integration.

Thanks and well done to all the educators for their energy and creative thinking in today's workshop - I'll look forward to seeing where you take the story as we start to animate next week.
:-)
Posted by Kim Alexander at 20:02