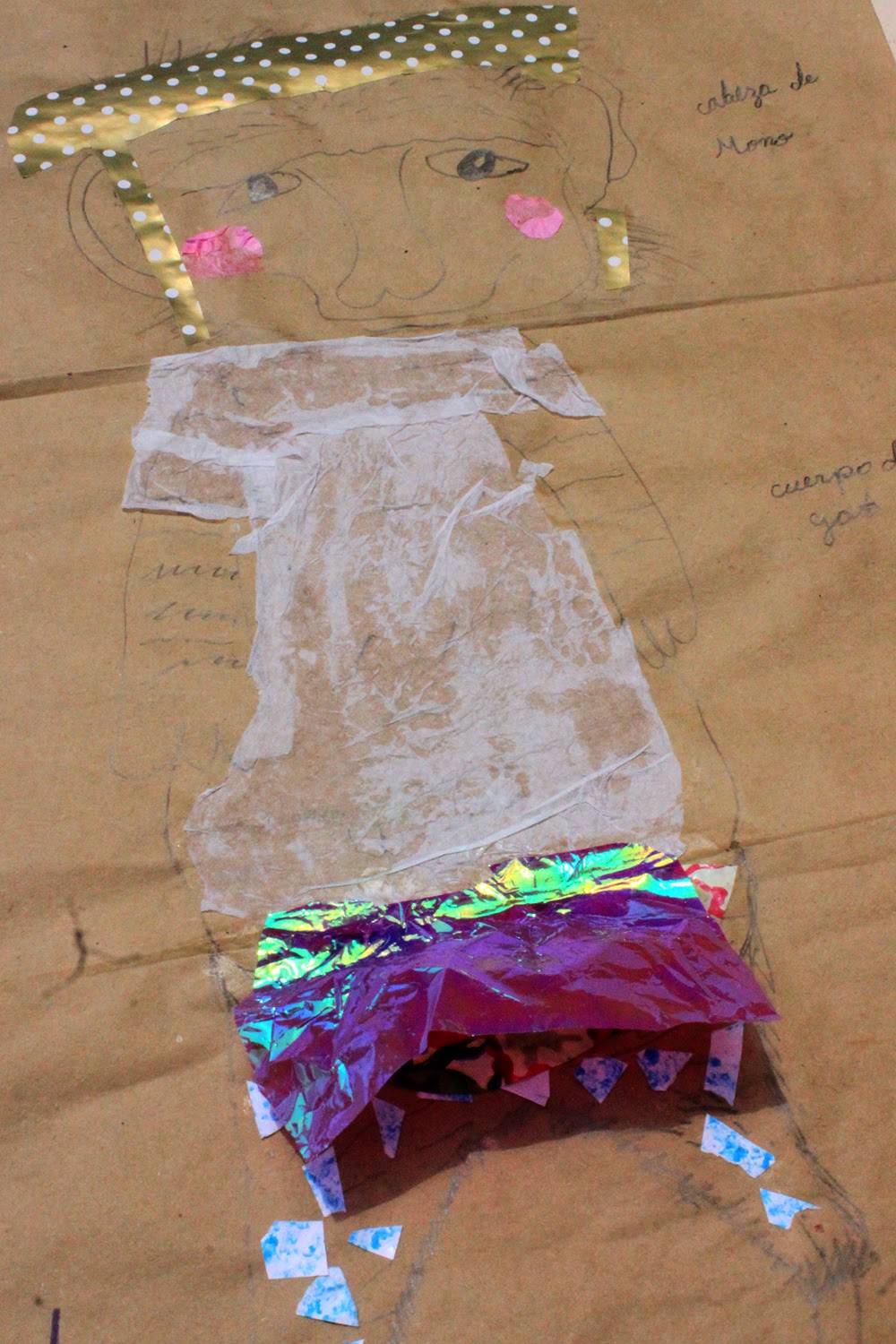 IDEA AND AIMS:  To introduce this term's big project, "Our Años Viejos [Old Years']" and for the children to collaborate in small groups to come up with their own character designs.

'Años Viejos', also known as 'monigotes', (which translates as 'rag dolls') are giant figures that are traditionally burnt in Guayaquil on the 31st December as part of the New Year's celebrations.   They tend to be based on cartoon characters, superheroes or famous personalities and can be made either entirely from papier-mâché or with a paper head and straw or sawdust-filled body (perhaps something similar to our Guyfawkes figures burned on the 5th November in the UK).

To encourage our children to come up with original ideas for their own monigote characters we decided to theme this character design session on imaginary friends.

PROCESS:
1.  Our first step was to introduce the idea of imaginary friends by reading from Jonah Winter's illustrated children's  book "Frida", which recounts the story of Mexican artist Frida Kahlo.  The book talks about Frida having "an imaginary friend called Frida" and refers to her drawings and paintings as sources of companionship and strength for her.   It was amazing to observe just how captivated the children were in listening to the story being read aloud.  These moments were the most peacful we have seen in Art Club in the entire year! 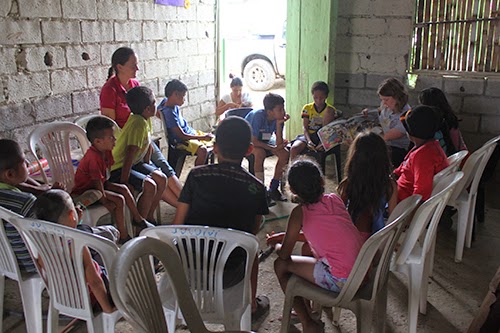 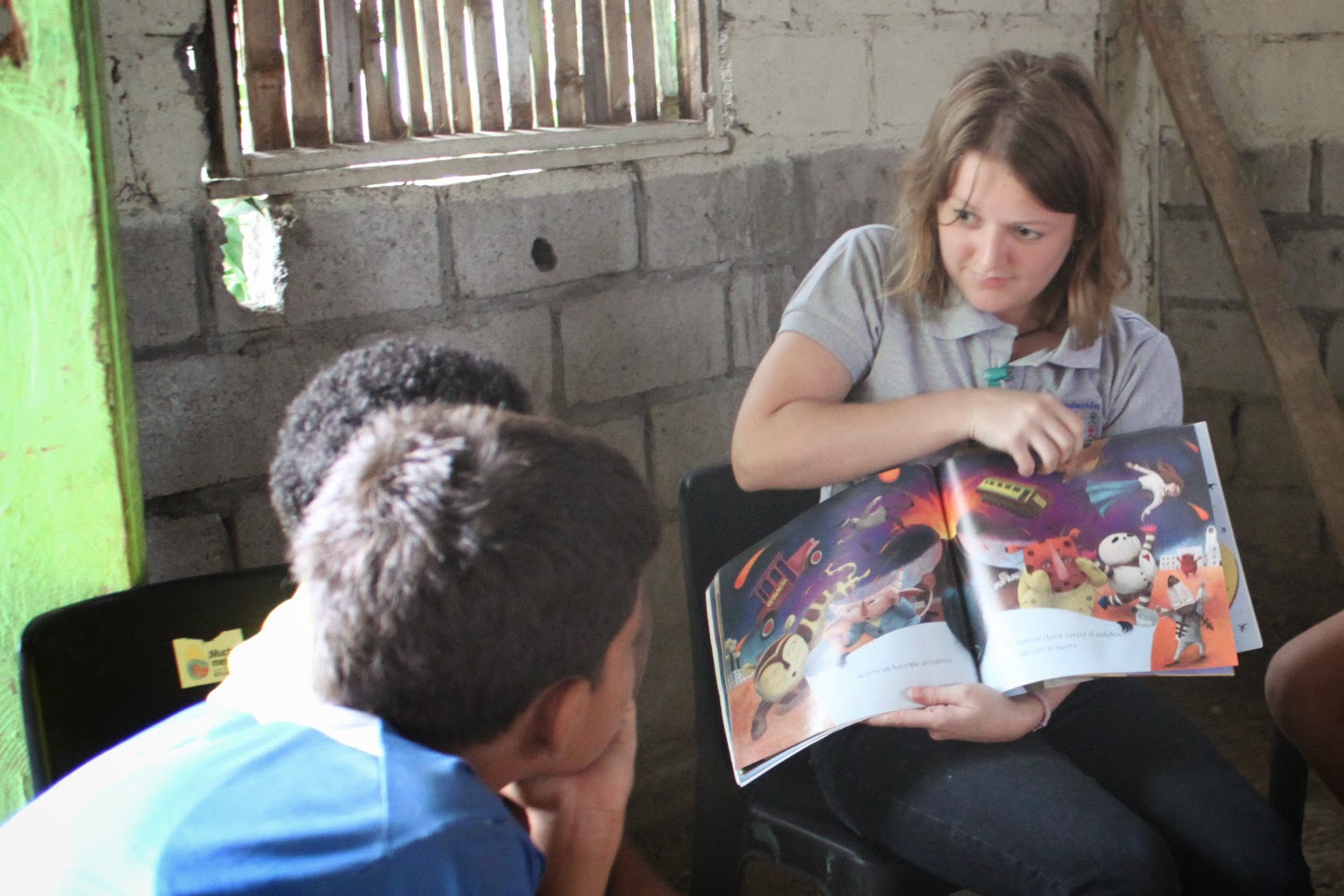 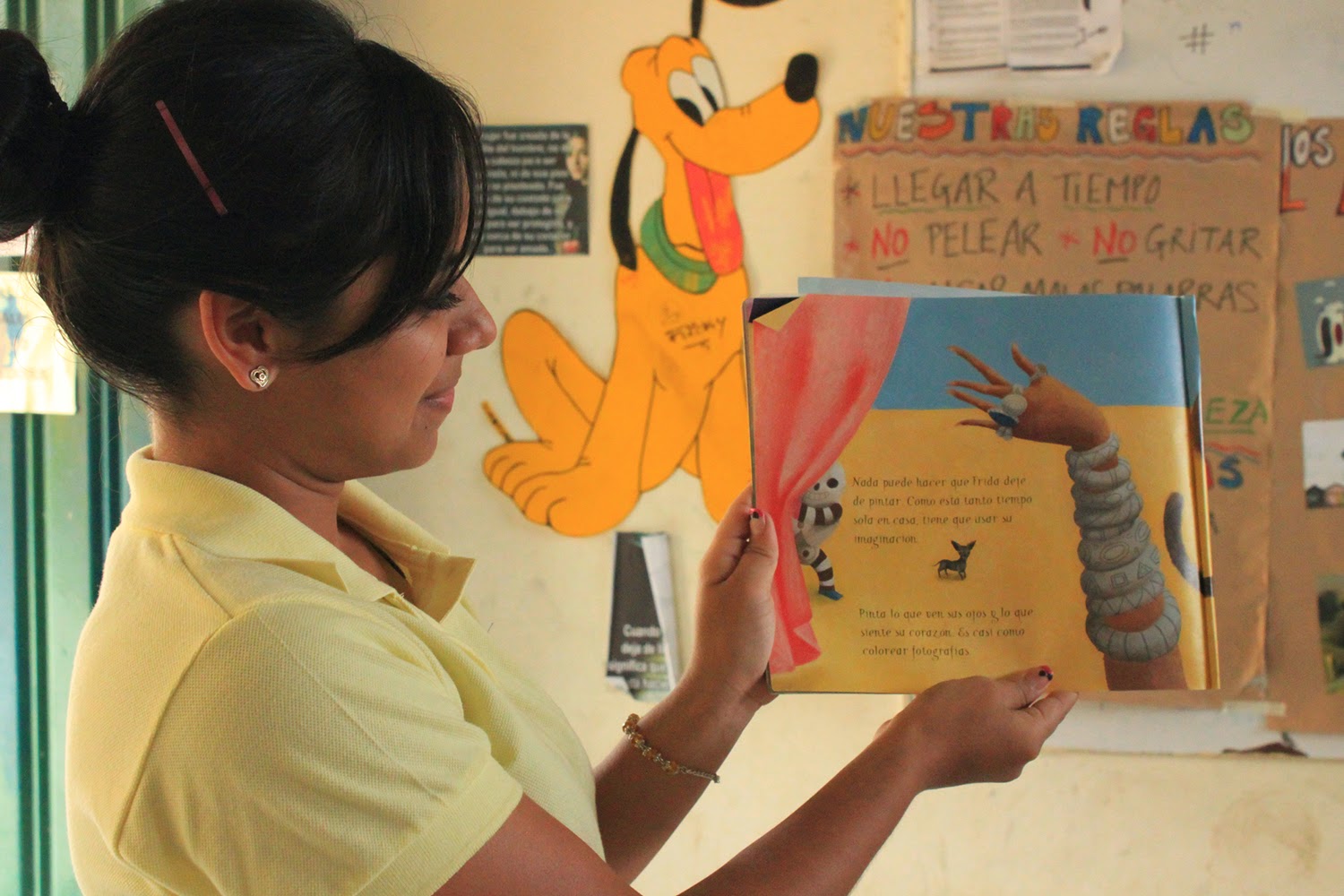 2.  To generate their character designs the children worked in groups of 2 or 3 to play the drawing game "exquisite corpse" (a slightly morbid name for what is a really fun collaborative activity!)  Taking a large piece of paper each, each child draws the head of any animal/ human/ plant of their choosing (it can be as abstract as they like), fold the paper over to hide the head, but making sure that two lines stick out, and pass the paper to the neighbour on their right.  Taking the paper from their friend, the child then draws a body, folds the paper and passes it to the right.  On the final piece of paper the child draws feet/ hooves/ base.  Finally the papers are all opened up and the character design revealed.

3.  Using scraps of coloured papers and tissue paper the children then decorate their character designs and finally give them a name. 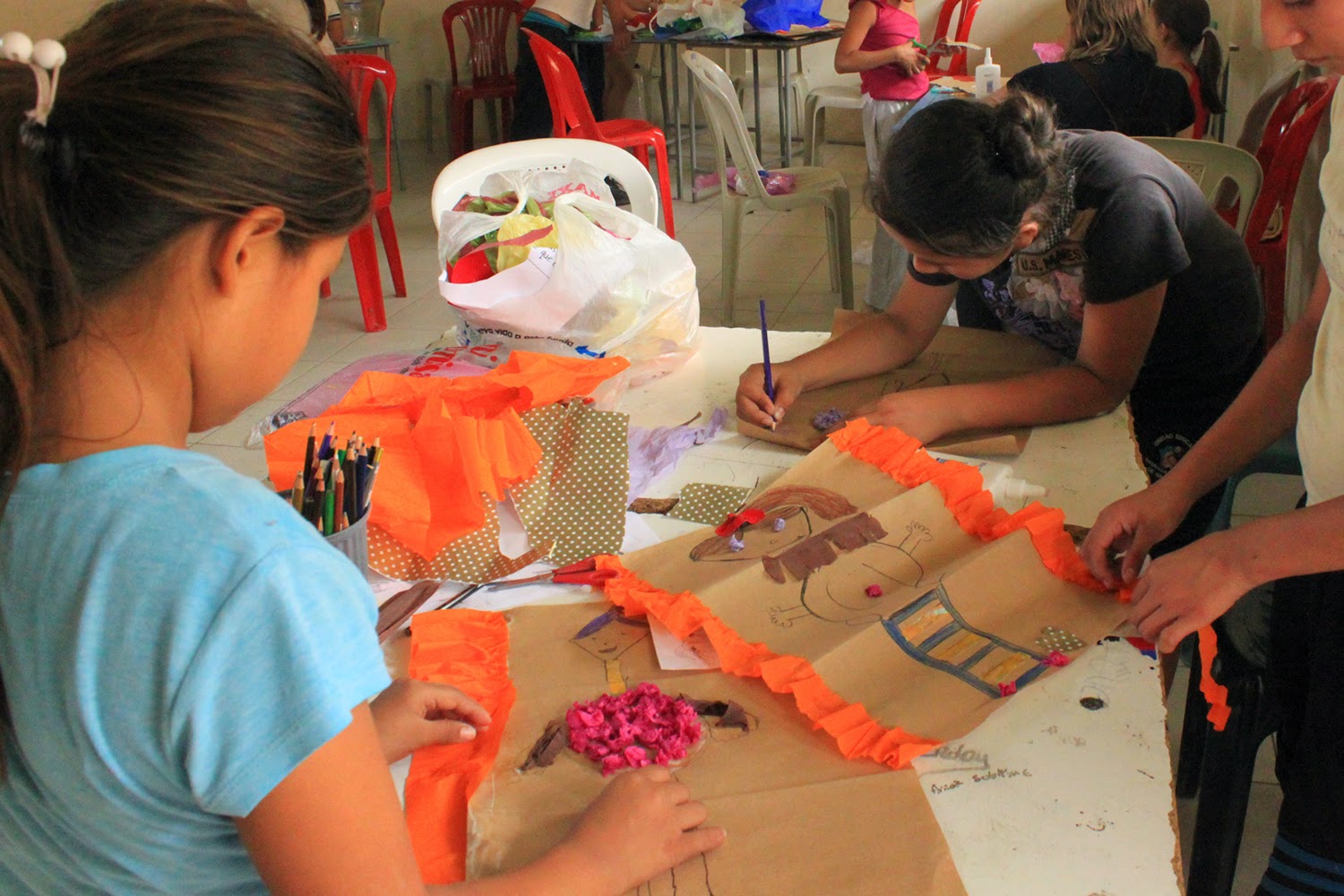 MEET SOME OF THE CHILDREN'S IMAGINARY FRIENDS:

(Above) Drawings from Sergio Toral
(Below) from Nueva Prosperina

…and a very quirky detail from this imaginary friend: 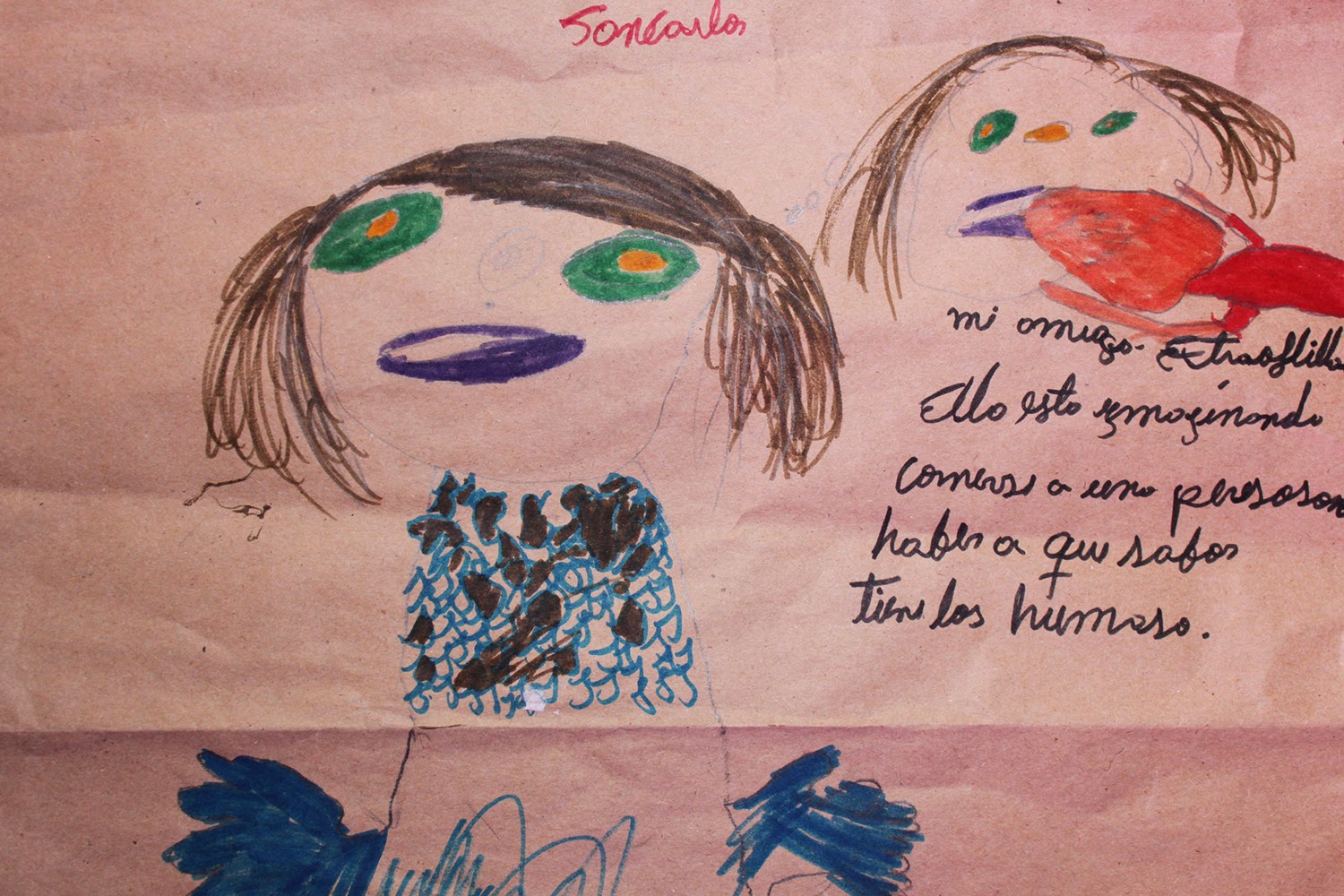 “My friend Etrasfillos is imagining eating a person, to see what flavour humans have.”
Jean Carlos, Nueva Prosperina 06.11.14

The result of this collaborative activity, as you can see above, were some very imaginative character hybrids, or 'fusions' as one of our children described them, a great starting point for the monigotes or rag dolls to come.
Posted by Kim Alexander at 15:08